Skip to content
HomeAnyone Take a Journalism 101 Class Out There? #LetMarkSpeak

Earlier this month, Mark Kern, game developer of World of Warcraft, Diablo 2 and Starcraft. More recently, Mark has been known for criticizing the sensationalist, negative, anti-gamer game journalism of Gamasutra, Polygon, Kotaku and the like. He created a petition to focus on the portrayal of gamers in the media: specifically in Kotaku and Polygon. He wants the media to move away from exploitative “yellow journalism” pieces surrounding the harassment of certain women in the industry.

Since Mark created his petition, over 2,500 people have signed it and VG 24/7 (link is from archive today to prevent driving traffic to their site) wrote what can only be described as a hit piece on him.  The article continues to slander the gaming community and says that developers who support #GamerGate should “adjust their stances.”

What is VG 24/7? According to Wikipedia, CNET blog Crave ranked it as the third best gaming blog in the world. I suppose that doesn’t say much for the game-blogging industry.  The site’s publisher, Patrick Garratt, wrote the blog post and I can only assume it was done so his site could get more clicks.

I’ve been reading the blog posts, “news” stories and responses to the #LetMarkSpeak tag on Twitter.  One of the most common things I have been hearing from the anti-GamerGate folks is, “Mark Kern already has a voice. The VG 24/7 article has no obligation to post a response from Mark to their piece on Mark’s petition.”

One of the worst examples of this argument were in this article from another game developer. Scott Jennings in his blog.

Well, you’d think that would about do it – except that Kern demands the right of response – his honor has been tarnished by VIDEOGAME JOURNALISTS and he has to say something about it! So, you know, he went to wordpress.com, spent about 5 minutes filling out a form, and then said his piece, which he then promoted on Twitter as his response to what VG24/7 said. Much like, you know, what I’m doing right now.

Oh wait, no, I’m wrong, he went full Gamergate and decried VG24/7 for not giving him the chance to write a response ON THEIR SITE. Because you see, they wrote something about him which he disagreed, and if they don’t publish his response that’s CENSORSHIP, and didn’t you know that he personally is responsible for Diablo 2 AND Starcraft 2 AND World of Warcraft? VANILLA WORLD OF WARCRAFT, MOTHERFUCKER, NOT THAT PANSY-ASSED CASUAL CRAP BLIZZARD DOES NOWADAYS, HE’S MARK MOTHERFUCKING KERN AND YOU WILL RESPECT HIS SOCIAL NETWORK REACH AND HIS IMPECCABLE RESUME AND YOU WILL GIVE HIM THE HONOR OF RESPONDING TO YOUR READERS!

So Scott seems to think it is absolutely preposterous that Mark would expect his voice to be represented in a story that was mostly about him. How dare he demand to tell his side of story when he was slandered in a hit-piece!

Where Are The Ethics?

After reading this piece and placing it in the context of all of the other games journalism articles and blog posts I’ve read since the start of #GamerGate , I wondered:

Yes, these ethics questions have been asked before obviously. But I am concerned with the fact that the bloggers and game journalists get so disgruntled when someone calls them out about their contribution to the negative narrative about gamers.  What’s worse is they act like there isn’t a general code of ethics they’re supposed to adhere to.  Scott Jennings, in the excerpt above, acts as if VG 24/7 didn’t shirk their responsibility to contact the main subject of their story for comment. If they were a legitimate media outlet, they would have done that and the #LetMarkSpeak hashtag wouldn’t have been developed.  It is not unreasonable for us, as the consumer of news, to expect that our media outlets represent issues, people and ideas objectively and truthfully, and that they give an opportunity for the subjects of their articles to explain their side of the story.

What Are The Ethics?

So, for future reference, since I did take a Journalism 101 class a long time ago, I’m going to list off a few basic, agreed-upon items from the journalists’ code of ethics:

So that’s about it.  Most of these rules aren’t hard: be objective, give a voice to proponents of both sides of the issue, be truthful and make sure to source your stories.  Seems like an achievable goal. 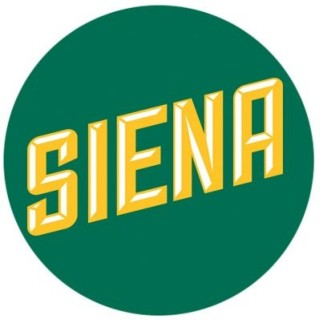